Wildlife brought into the clinic often needs a radiograph to look for any injuries. Here’s a collection of things we’ve seen recently. Just click on each image to get a better look.

How To Grow Blue Tongues

We had a fair few blue tongue lizards come through the clinic last summer. Some quickly went off to carers, while others, with more severe injuries, stayed for quite a while.  One had a very nasty skin wound around her abdomen which we weren’t sure was going to heal. She stayed for months, basking under the heat lamps, eating snails people brought in from their gardens and getting antibiotic injections every second day. Here’s a picture of her. 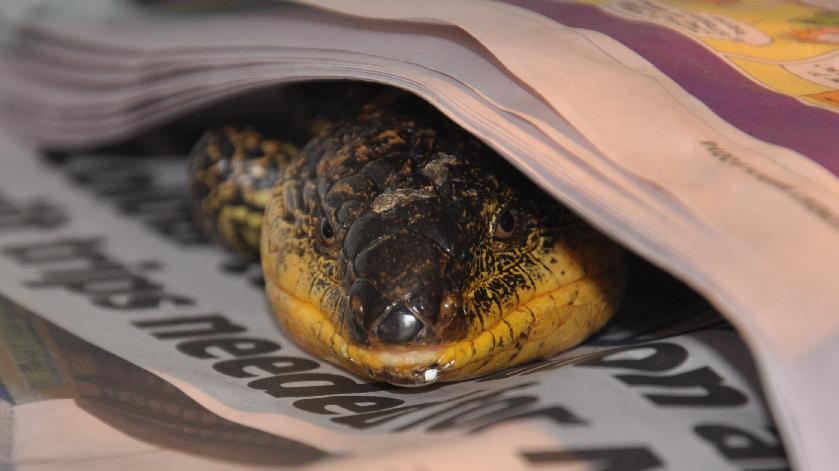 So, how did we know she was female? Well…

After a while she started to swell up. We had taken a radiograph when she came in and there had been nothing unusual. We talked about doing another one to see if there was fluid building up in her abdomen. But before we got the chance, the swelling went away and in its place were five of these.

Poor mummy blue tongue didn’t quite know what to make of her new family, though she did try to eat one of the babies that still had placenta all over it. Blue tongues aren’t very maternal.

Mum went on to make a full recovery and all six lizards have since been released back into the wild.